After its world premiere at Animator 2013 in Poland and its canadian premiere in British Columbia at the 2013 Antimatter Film Festival, Steven Woloshen’s short film Crossing Victoria (his first film edited digitally – by me), won a CFI honourable mention at the Ottawa International Animation Festival! 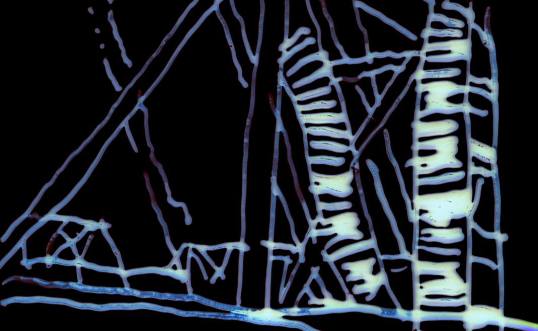 A frame print of Crossing Victoria, by Steven Woloshen, that got a CFI Honourable Mention.